5 Time World Champion and the current world no. 1

where she became the youngest ever World Junior Champion when she claimed the title at just 13-years-old and the Egyptian then became the youngest ever Tour finalist in June 2009 as she finished runner-up at the Miro Classic She broke into the world’s top fifty at just 14 years of age and claimed her first Tour title at the Heliopolis Open in 2010. A year later she captured the Alexandria Open title and, in 2012, El Sherbini shocked the world of squash when she made it to the final of the British Open before losing to Nicol David in the final.2013 started promisingly with triumph at the Greenwich Open and she also lifted her third World Junior Championship, becoming the first player ever to do so.

Injuries meant a number of months out of the game for the Egyptian but she became the youngest player ever to reach a World Championship final in March 2014 where, after stunning David in the final, she narrowly lost a thrilling final to Laura Massaro. A Texas Open title followed a month later and she made it to another World Series final in October at the US Open, only to lose to David in the final. 2015 saw the Egyptian reign victorious at the prestigious Carol Weymuller Open, sweeping aside then World No.1 Raneem El Welily in the semi-final of the event before conquering Joelle King in the final. She reached the final of the Qatar Classic a month later, defeating David to reach the final where she narrowly lost to Massaro in five. The year 2016 was arguably El Sherbini’s major breakthroug year, with a maiden World Series title coming in January’s Tournament of Champions before she became the first femaleEgyptian to lift the iconic British Open crown just two months later. 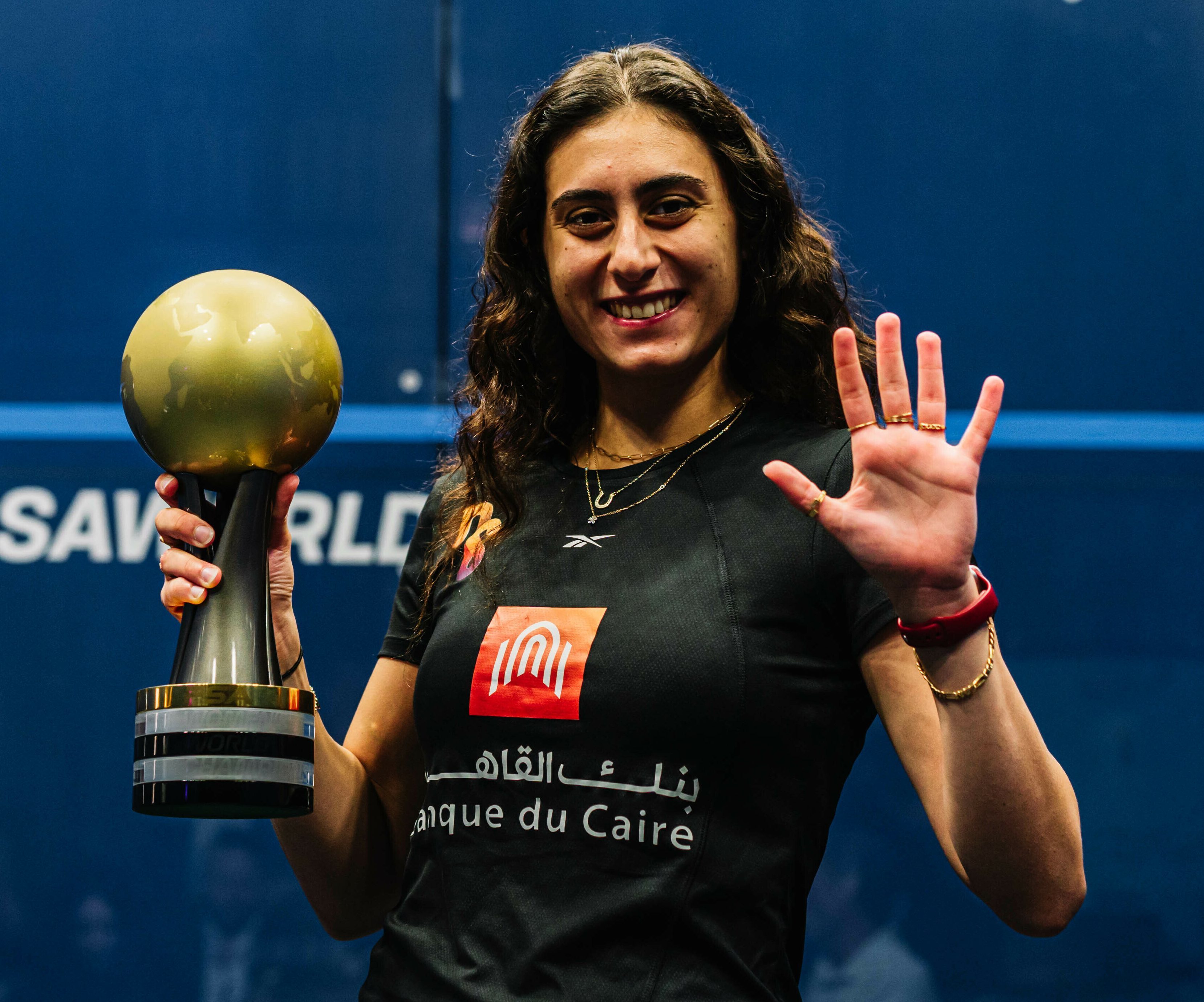 Sherbini began the 2016/17 season with runner-up finishes at the Al Ahram Open in front of the iconic Great Pyramid of Giza and also the U.S. Open, before claiming her first title of the campaign at the Cleveland Classic, beating Alison Waters in the final. El Sherbini fell short of clinching another title, this time at the British Open as she lost out to England’s Laura Massaro in the semi-finals, who came from two games down to win. The Egyptian went on to lift her second PSA Women’s World Championship title a few weeks later, at the age of just 21 after she defeated Raneen El Welily in the final at El Gouna- 12 months after becoming the first female Egyptian ever to lift the biggest title on the Women’s Tour and saw her retain her World No.1 ranking in the PSA Women’s World Rankings in May 2017. 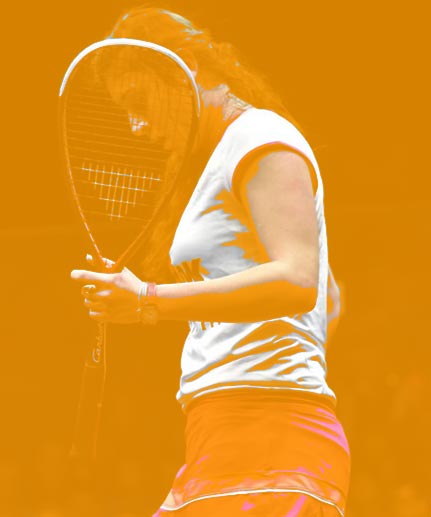 El Sherbini then went onto reach the final of the 2016/17 season-ending PSA Dubai World Series Finals where she faced Laura Massaro, with the Englishwoman triumphing in three. El Sherbini bounced back from the World Series final defeat to win the China Open in August 2017, and the Hong Kong Open later in the year. She suffered defeat to Raneem El Welily in the World Championships at the end of 2017, but bounced back once again, winning both the PSA Masters and Tournament of Champions at the start of 2018. The Egyptian won both the British Open and World Series Finals in the summer, beating El Welily in both deciders. However, her 31-month run as World No.1 came to an end in December, as her compatriot took the top spot in the rankings. She fought back after dropping back to World No.2, by winning both the Tournament of Champions and the PSA World Championships for a third time in her career. She then finished runner-up to El Welily at both the CIB Black Ball Open and the DPD Open in Eindhoven. 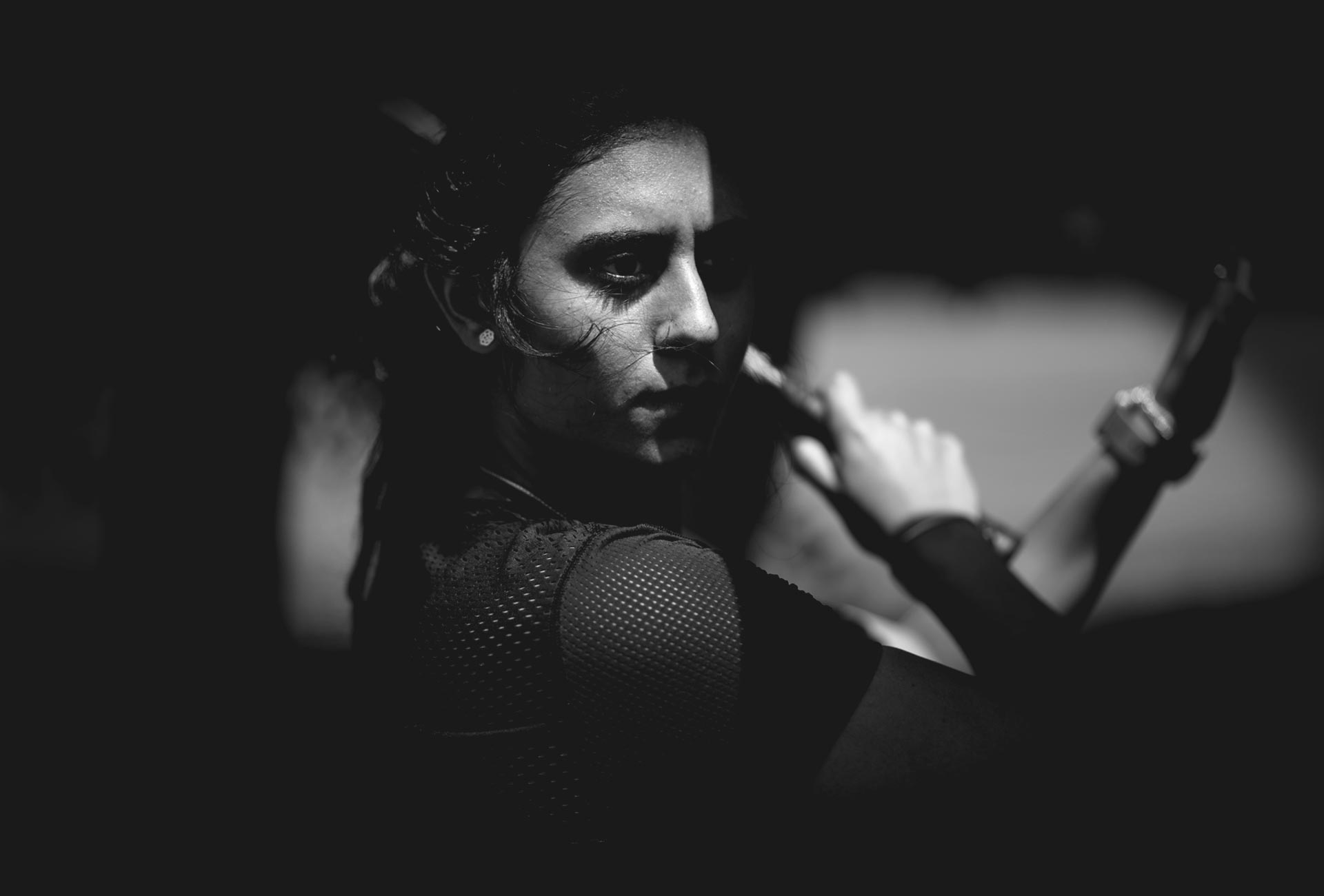 El Sherbini only featured in four tournament in the shortened 2019-20 season due to a recurring leg injury, but she was still able to reach the final of all four events. Her return to the court came at the CIB PSA Women’s World Championship, and she went through the tournament dropping just a single game. That came in the final, as she got the better of World No.1 Raneem El Welily to claim a fourth World Championship crown, on her 24th birthday, and now only Sarah Fitz-Gerald (5) and Nicol David (8) have more. January 2020 saw the ‘Warrior Princess’ reach the final of the Tournament of Champions in New York, but she lost out to Camille Serme, before going on to claim the Windy City Open title in Chicago. Once again, she got the better of El Welily, in what was the former World No.1’s last final on the PSA World Tour. Her season ended with defeat in the final of the Black Ball Women’s Open, as Hania El Hammamy took the victory, claiming her first Platinum title. On her return to the court following the six-month suspension of the tour due to COVID-19, Nour El Sherbini reached the last four of the CIB PSA World Tour Finals, before going on to win in front of the Pyramids for a second straight year, claiming the CIB Egyptian Open title. She took over the World No.1 spot once again after her victory on home soil.