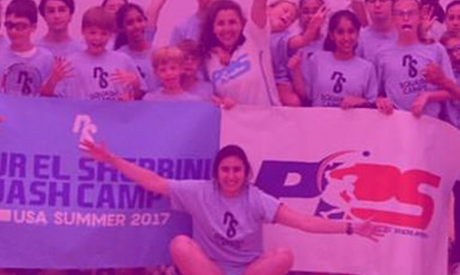 Live the Experience and get to learn from Nour herself 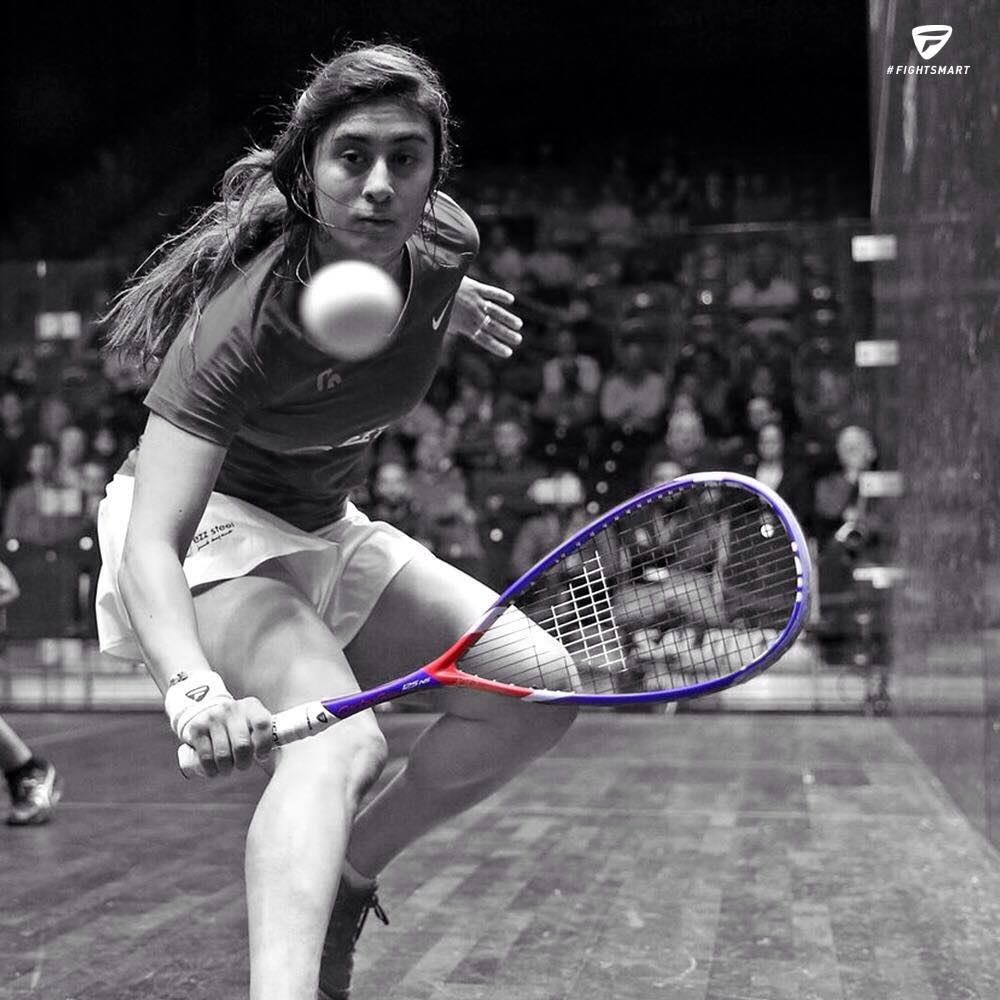 We would like to welcome you to our upcoming NS Squash Camp held at the Jumeirah Beach Hotel in Dubai. This camp is a collaboration between The Flying Daf Squash Academy led by former professional squash player Kanzy El Defrawy and the current Women’s World Number 1 and current World Champion; Nour El Sherbini.

The camp will follow a fully integrated program designed by top PSA professionals and qualified experts. Players will attend a tailored program that will fit them no matter what their level is. The camp will take your squash, fitness, and mindset to the next level, by focusing on the following areas:

This camp guarantees to provide professional and high-quality services, offered by our elite squash coaches from around the world. Our sessions will be led by Nour El Sherbini and accompanied by 4 coaches from The Flying Daf Squash Academy.

International attendees, we will contact you after you register to discuss our accommodation packages

The Flying DAF Squash Academy is a high-performance center dedicated to training individuals across all levels, ages, and backgrounds. The academy, launched in May 2021, is based in Dubai and aims to build the UAE’s first generation of squash champions. Headed by Kanzy El Dafraway, a former world #22, and eight other elite-level coaches, the Academy provides a customized, efficient, and high-energy approach to sessions and clinics. The Flying DAF is Dubai’s preeminent provider of elite-level squash coaching in the UAE and leverages five professional-standard courts nestled in a complex of hotels along Jumeirah’s beachfront, including Jumeirah Mina A’Salam and Jumeirah Beach Hotel. Designed with development in mind for all players, be they youngsters hoping to forge a career in the professional game or the newcomer keen to enhance their fitness, the vision is one of the continuous improvements in the physical and mental side of the sport.

One of the most exciting female players on the PSA World Tour. In her short career, she has made history winning at both the World Open Championship and British Open – the two most prestigious tournaments on the PSA World Tour. In 2009 during her Junior Career, she became the youngest ever World Junior Champion, claiming the title in just a 13-year-old. Also that year, she became the youngest ever to play in a final of a professional tournament at the Miro Classic. At age of 14, she won her first PSA tournament and was ranked in the top 50. She earned the coveted World No.1 spot in the May 2016 rankings for the first time in her career as she became the second-youngest female ever to reach the top spot.

Omar is a professional squash coach with over 10 years of experience in coaching juniors and professionals. Omar grew up in Alexandria, Egypt, and was part of the team that won the Egyptian league and the French league. During his coaching career, Omar was the touring coach with his sister Nour El Sherbini World number 1 and 4x world champion, for the 2016, 2017 & 2018 seasons, which saw her triumph on the PSA World Tour. Omar’s track record has proven success in multiple countries including, Egypt, France, and the USA.

Kanzy EI Dafrawy, better known as The Flying Daf, is one of the Arab world’s most established and recognizable squash extraordinary, boasting 220 professional accolades stretching across a 15-year career and culminating in a world ranking high of 22. Egypt-born, USA-educated, and UAE-affiliated, Kanzy began her squash journey aged seven. She quickly gained notoriety for her agility and dedication, epitomized by incredible leaps around the court which earned her the moniker under which she now trades. Securing youth titles all over the world, most significantly in Zimbabwe (African Cup), France (French Open), the Netherlands (Dutch Championships), and the UK (British Junior Open, runner-up), Kanzy’s professional career took off Stateside when she won the USA National Squash Championships in 2016, securing the country’s top ranking. Nine Professional Squash Association titles duly followed, and by her early-20s Kanzy’s development into a coach was taking shape, nurturing upcoming talent in the US colleague system. Latterly, would-be squash stars in France, Germany, South Africa, Jordan, Netherlands, Canada, Egypt, USA, and Switzerland have all benefited from her expertise. Away from the court, Kanzy earned an Economics degree from Egypt’s Lycee Francais Du Caire, and a Bachelor of Liberal Arts from Trinity College, Connecticut, United States, where she double majored in International Studies and French while minoring in Urban Studies. In 2020, EIDafrawy ‘s Digital Marketing agency was launched and, in the same year, Kanzy was appointed to the Guinness World Record Official Adjudication panel. With a wealth of coaching, mentorship experience, and business acumen, Kanzy has launched ‘The Flying DAF Academy’ – the first of its kind in the UAE – to drive her ambitions for the national and global development of the game

Khaled is a professional squash coach with more than 10years of experience in the field. He uses his skills and expertise to build players’ mindsets and guarantees to take their game to the next level. He is dedicated to focusing on athletes’ weaknesses to help turn them into strengths. He coaches people of all levels, ages, and backgrounds. Khaled is also a certified nutritionist as well as in Personal Training, Strength & Conditioning. He is the current Head Coach at The Flying Daf Squash Academy, managing 8 coaches, all clients, and all the scheduling. He has been a huge asset in the success of The Flying Daf Squash Academy and aims to reach his vision and mission through empowering the younger generations.

Want to improve your game? Dedicated to enhancing your game in a light-hearted and fun manner, Mohammad works with all levels of individuals. He is a former National Champion in Jordan and has over 10 years of experience in coaching. He is a full-time coach with The Flying Daf Squash Academy and trains people starting 5years old. Train with him and feel stronger on and off the court! 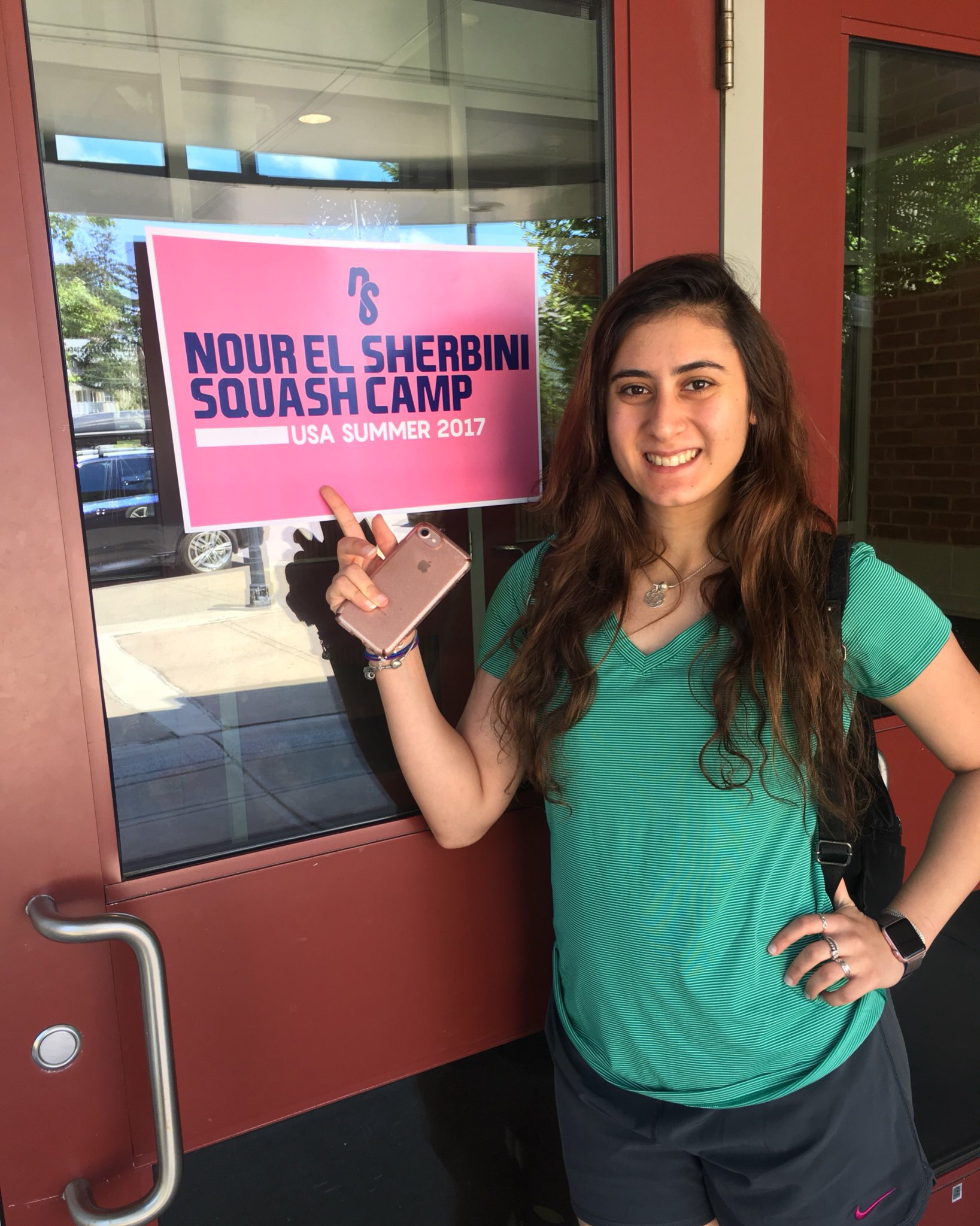