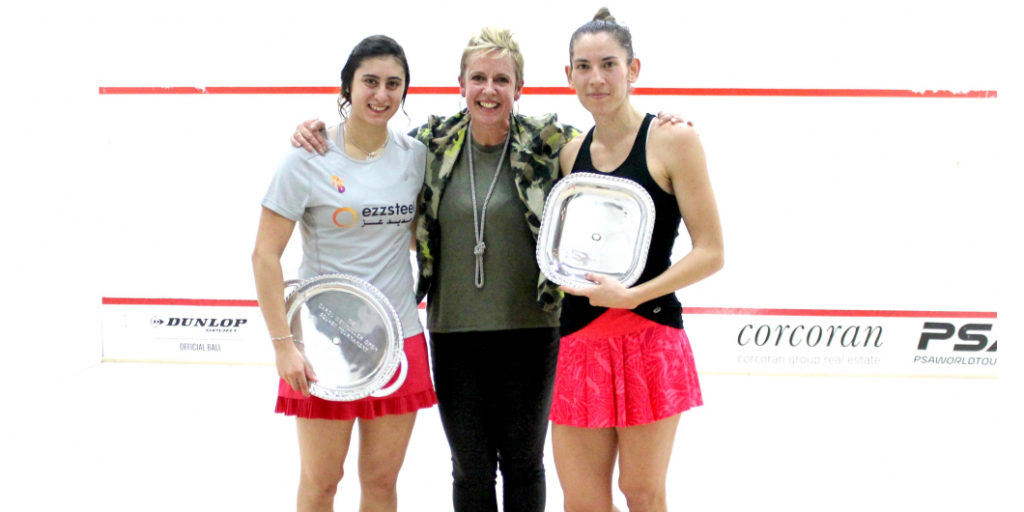 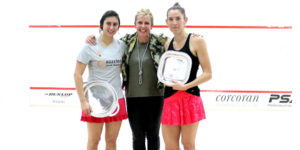 Egypt’s World No.1 Nour El Sherbini made history as she clinched the Carol Weymuller Open title for the third year in a row as she dispatched New Zealand’s Joelle King in straight games.

King – who overcame Raneem El Welily for the first time in her career to reach the final – had built up a reputation for becoming a ‘giant killer’ as she has beaten most of the top five so far this season and she continued to show that form as she built up a 3-1 lead. However, El Sherbini soon found her length and range to erode the Kiwi’s lead to take the first game 11-7.

The Egyptian then doubled her advantage in the second as she played some flawless squash to overcome a relentless King, 11-5. Before going onto win 11-3 in the third as King just couldn’t stop an in form El Sherbini – who made history by becoming the first player to ever win the tournament three times in a row.

“I think it’s my best match since I’ve been in the US for the last two weeks,” said the 21-year-old Egyptian.

“My shots were working, I was moving well and I was thinking not to finish everything too quickly. I felt confident going for my shots and I think it was my day!

“Joelle has been killing it in the last two weeks, I think that she has beaten most of the top five now – Nour, Raneem, Nicol, Laura, everyone! I’m glad it wasn’t my turn.”

King said: “I wasn’t seeing the ball quite as sharp and my decision making was not quite as crisp and I was kind of behind the whole way, maybe it was a bit of fatigue.

“But credit to her, she didn’t give me anything and played great squash. The last six weeks have been amazing, it’s been a great block. Now it’s a couple of weeks training and then onto Hong Kong.”